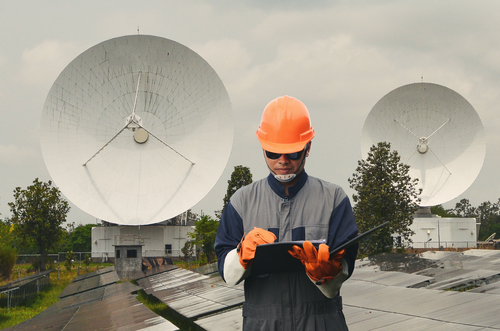 What You Need to Know About Attenuators

Types of Attenuators and Their Uses

An attenuator is an electronic device that reduces the power of a signal without appreciably distorting its waveform.

An attenuator is a two-port resistive network designed to weaken or “attenuate” the power being supplied by a source to a level that is suitable for the connected load. An attenuator is effectively the opposite of an amplifier, though the two work by different methods.

Attenuators are usually made up of simple voltage divider networks and they are used in circuits to lower the voltage so that they do not damage the electrical device and also to improve impedance matching.

A passive attenuator reduces the amount of power being delivered to the connected load by either (1) a single fixed amount, or by (2) a variable amount, or in, (3) a series of known switchable steps.

The passive attenuator is used in a wide variety of electronic equipment for extending the dynamic range of measuring equipment by adjusting signal levels, to provide impedance matching of oscillators or amplifiers to reduce the effects of improper input/output terminations, or to simply provide isolation between different circuit stages depending upon their application as shown.

As the name implies, fixed value attenuator’s attenuation value cannot be varied. Fixed attenuators are placed in signal paths to reduce power transmission and are set at a fixed attenuation by symmetrical resistive networks that follows a T, L or Pi configuration. Their configuration can either be in waveguide, in surface mount or coaxial, and depending on their application, they can either be directional or bidirectional.

These types of attenuators have solid-state elements like PIN diodes and metal oxide semiconductor field effect transistors (MOSFETs), and they can be controlled either manually or electronically using a motor.

Step attenuators are very much similar to fixed attenuators. The only difference is that one can select an attenuation value in a step attenuator by using digital control or manually by push-buttons or by a rotary switch. The ranges typically vary from 0 to 40 or 50 dB.

Also known as digital step attenuators, this type of device can be controlled by a computer-driven external voltage. Programmable attenuators use transistor-transistor logic (TTL) inputs with step sizes 1, 2, 4, 8, 16 and 32.

In recent days, USB controlled designs are also available and are often packaged with established software to readily control the device.

DC Blocks are coaxial components that prevent the flow of direct current (DC) while offering minimum interference to RF signals. They have series capacitors on the input and output of the attenuator that allows RF signal to pass but block DC from passing through.

A waveguide attenuator is an RF device specifically designed to reduce the power of a signal without affecting or reducing the waveform of the signal.

A waveguide attenuator works exactly opposite of an amplifier which increases the power of the signal without altering the waveform. Amplifiers provide an increase (or gain) in the power output whereas an attenuator provides a loss of power (or a gain less than 1).

Attenuators are generally used in radio, communication and transmission line applications to weaken a stronger signal.

Resistive attenuators are used as volume controls in broadcasting stations and also can be used for matching circuits of different resistive impedances.

Variable attenuators are used in laboratories, when it is necessary to obtain small value of voltage or current for testing purposes.

DC Blocking Attenuators are used in a variety of applications such as: telecom infrastructures, test & instrumentation, satellite systems, and microwave links

Have any questions?  Please visit our website at pentech.com or contact us at sales@pentech.com or call us at 650-965-3636.  We are here to answer all questions regarding signal processing products and more.